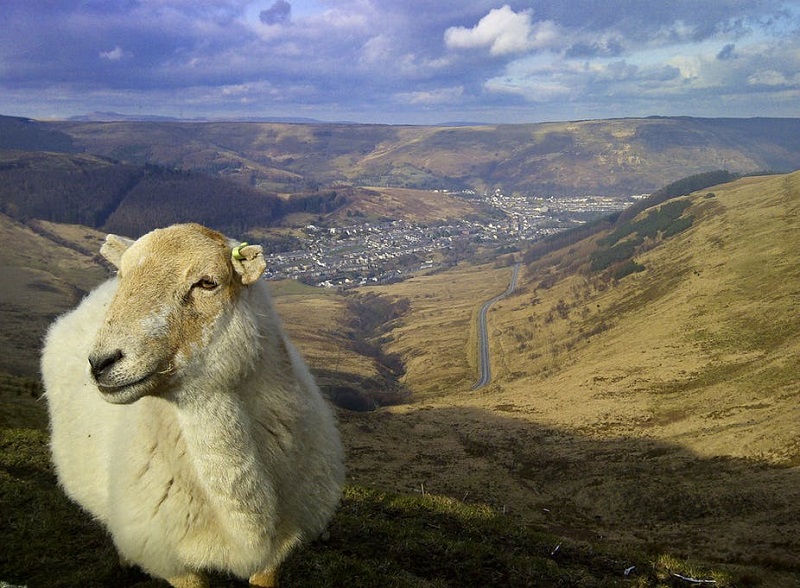 A new report from the Committee on Climate Change has outlined how the UK should – and could – reduce its carbon emissions to net zero by 2050. While an ambitious target in itself, the commission predicts Scotland can meet it a littler earlier, by 2045, while England will hit the target on time. Wales, however, has only been set a goal of 95% reduction by 2050.

Coming just days after Wales declared a climate emergency, the reduced goal has been met with understandingfrom the Welsh government – but why is it that the committee believes Wales cannot meet net zero? With wind power now cheaper than fossil fuel sources, polluting coal and gas fired power stations will not be replaced in Wales, meaning that the electricity sector should be relatively straightforward to decarbonise.

However, the accompanying analysis notes that Wales has relatively little capacity for carbon capture and storage, to take carbon dioxide from the atmosphere and trap it underground. Progress in other areas has been slow too. The report states that less than 5% of the energy used for heating buildings comes from low-carbon sources across the UK, and less than 0.5% of the miles driven are in low-carbon vehicles. But the reduced target is not because of these areas alone – it is mainly due to the fact that the agricultural industry will be difficult to decarbonise.

Some 90% of the land in Wales is in the hands of “farmers, foresters or other stewards of the landscape”. Climate, soil quality and landscape make the country relatively unsuited to arable agriculture, so the industry is dominated by cattle and sheep, which produce the potent greenhouse gas methane as part of their digestive process.

From a farmer’s perspective, it might seem that agriculture is being asked to shoulder a large burden of emission reductions compared to other sectors. But looking at the detail, the report suggests almost the opposite. It recognises that agriculture is particularly hard to decarbonise but, the problem is that given the measures proposed for other sectors, the committee’s figures show agriculture will go from its current position as one of the UK’s lower emission sectors to a major emitter by 2050.

Livestock farming is the lifeblood of the rural economy in Wales, with enormous cultural and historical significance. The economic collapse that followed the closure of coal mines in the South Wales valleys is a lesson in how not to change the status quo. Unemployment is still high in this area decades afterwards. The question then is how Welsh farming can respond to changes in consumer demand and climate change without damaging the economy.

The committee’s recommendations include a reduction of between 20% and 50% in beef, lamb and dairy consumption. It notes that even this target would still mean we will be eating more of these foods than recommended in healthy eating guidelines. In order for these dietary shifts to reduce emissions in practice, farmers will need to produce less livestock rather than simply export any excess. This means that redesigning agricultural support payments will be an essential component of any change.

From coal to carbon

Work by our colleagues in Aberystwyth has led to incremental improvements in the efficiency of ruminant agriculture via grassland improvement and animal breeding. For example, reseeding pasture with high sugar grass increases milk production in dairy cattle and weight gain in both beef and sheep, and reduces negative environmental impacts. These grass varieties now account for almost a third of perennial rye grass seed sales across Wales, as farmers improve their land.

However, livestock efficiency gains alone are unlikely to be sufficient, so by 2050 Wales will need to be farming differently. The committee’s report suggests that a fifth of agricultural land will need to be used for other purposes, such as growing bioenergy crops, which can be burned to generate electricity, and forestry that can sequester carbon.

The day-to-day practicalities of farming for carbon are not the same as farming for food, but turning over 20% of a farm to a different purpose does not need to spell the end of a culture or a way of life. By 2050 Wales can have a bio-economy, one based on natural resources rather than fossil fuels. Other industries that are reliant on fossil fuels will also need to change; plastics can already be made from plants instead of oil, and the construction industry is increasingly turning to timber engineering to reduce its reliance on concrete. These changes will create demand for plant feedstocks that Welsh farmers will be well placed to provide.

Reaching the 95% emission target by 2050 is ambitious but achievable. For Wales to reach net zero, sacrifices will need to be made, both by industry and the public. As a nation, Wales is blessed with natural resources — they are not in short supply. Farmers are key to realising this opportunity. While the recent history of Wales was built on coal, its future will be built on the bio-economy.

Click here to subscribe to our climate action newsletter. Climate change is inevitable. Our response to it isn’t.