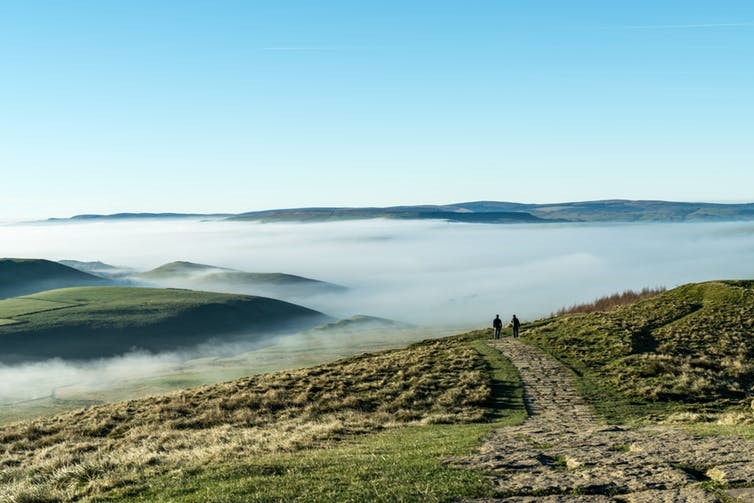 In her first interview since taking the helm, new director-general of the National Trust Hilary McGrady has said she wants things to get “radical” at the charity, by looking to more urban conservation. McGrady told the BBC:

I want to reach more people, and more people live in urban areas. The days of walking in to one of our beautiful houses and saying a family lived here, that’s not going to do it.

We need to think about what’s relevant – why would someone in the middle of Birmingham say that’s interesting? What is it in Birmingham that they would get more value from?

The future McGrady sees is one where the trust expands its conservation role into cities by working with organisations including community groups and local authorities. But who is to say that the countryside can’t be just as radical?

Surprisingly, McGrady might find an unlikely ally in Downton Abbey character the Dowager Countess of Grantham. In a 2015 episode that saw Downton’s doors open to the public for a fundraiser day, the dowager countess poured scorn: “Roll up! Visit an actual dining room complete with a real life table and chairs!” She would have called for a stiff drink had she learned what was ahead – in 2017 alone, 24.5m visitors paid to tour a National Trust property.

Downton doesn’t show us the National Trust, but plotlines about fading grandeur and financial ruin fill us in on the crises that befell country houses after the First World War. Many a threatened house ended up in National Trust care, including Knole, and Basildon Park – home to some of Downton’s interior sets. Highclere Castle, the “real” Downton Abbey, is still in private hands, but open to the public in summer.

But was stockpiling country houses really in the national interest? Back in the 1980s, the academic and writer Patrick Wright railed against preserving country piles. For him, the “heritage industry” was deeply conservative and out of touch. He might be pleased to see Hilary McGrady finally catching up.

However, as a rural researcher, I’m troubled by how McGrady’s idea of “radical” means “urban”. She’s talking Birmingham, not Betws-y-Coed. It’s as if nothing radical could happen in the countryside, and nothing countryside could matter to city-dwellers.

Imagine telling that to the Kinder Scout trespassers. 86 years ago this week, they claimed the right to roam against violent landowner opposition. Many trespassers came from the nearby cities of Manchester and Sheffield. They saw in the countryside not just rights worth fighting for, but a refuge from industrial smoke and graft. Some went to jail for the cause – and are commemorated by the National Trust.

Though the dowager countess would have released the hounds, at least one Downton resident might have joined in on a mass trespass. Kitchen maid Daisy cheered on the Abbey’s open day: “I think all these houses should be open to the public. What gives them the right to keep people out?”

Rights and justice have spurred on many a rural radical. The 19th century Luddites are now wrongly remembered as stick-in-the-muds, but their fight was for livelihoods and labour rights. They met out on the moors, where non-conformist preachers – radically outside the stuffy established church – also roused crowds who gathered from miles around. A few centuries earlier, non-conformism led the Diggers to their radical vision for farming common land. Fast forward to our own time and a piece of former commons was reclaimed as the Greenham Common Women’s Peace Camp.

We needn’t just look back through history for radical rural goings-on. Too often, the countryside gets imagined as though it is a kind of surviving past, a bit simple, and more prone to outbreaks of Morris dancing than anything actually interesting. I suspect this is why Hilary McGrady thinks that a more relevant National Trust must be a more urban one. A real radical plan could be quite otherwise.

The countryside is and can be innovative. Through the ROBUST project, I’m joining with colleagues from across Europe to rethink the narrow notion that if cities are economic engines, then the countryside is just a carriage pulled along for the ride. We’re investigating better and more beneficial interconnections between rural and urban – even the middle of Birmingham.

I take a cue from another radical, William Morris. There’s probably some of the Victorian designer’s wallpaper in Downton, and the dowager countess would have approved of his soft furnishings. But he would have found more to talk about downstairs with Daisy. For Morris, utopia wasn’t back in a staid rural past or ahead in a science fiction city: he saw a radical rural future. Perhaps a radical National Trust might be just as visionary.