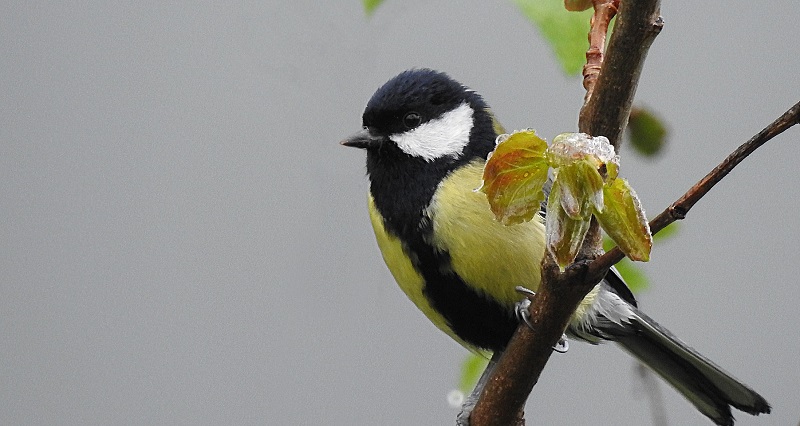 Most people probably wouldn’t consider bustling towns and cities good places for nature to thrive. Yet a few species of birds have so successfully adapted to city living that they boast large and thriving urban populations. Now, research has suggested that the success of these city-dwelling species may lie in their behaviour.

Urban habitats are quite different to the natural environments in which birds evolved. Cities are noisy places, they are lit almost continually with artificial lights and they contain an abundance of food. Cities are also full of people. This means birds living there rarely get any peace and must cope with almost constant disturbance from both humans and their pets.

But birds living in cities are known to be much more tolerant of human disturbance than their rural compatriots. In a study of 44 European bird species, all but four allowed humans to approach them more closely in cities than in rural habitats. This suggests that city birds are bolder in the face of a potential threat.

It’s not only towards humans that urban birds seem to be bolder. We recently studied the territorial behaviour of male great tits (Parus major) in cities and rural habitats in the UK and found significant differences between them.

During the early spring, males of this species defend breeding territories. Once a male has a good territory he signals his ownership to other birds using song. In fact, together with attracting females, one of the main uses of song is territory defence.

When a rival male enters another’s territory and begins to sing, the territory holder usually responds aggressively to drive the intruder out. At first, this may mean simply singing back, but can quickly escalate to full-on physical conflict.

In our experiment, we used playbacks of great tit song to mimic an intruding male. This allowed us to measure how strongly urban and rural great tits respond to intruders. We found that city birds approached the intruder mimic 35 seconds faster and almost two metres closer than rural birds. This suggests that urban great tits are both bolder and more aggressive than rural great tits.

Why urban birds should be bolder and more aggressive than their rural cousins is not yet fully understood. One possibility is that in cities, where space is limited, only the most aggressive individuals are able to hold a territory.

In addition to researching levels of aggression, we also looked at how consistent males were in their aggressive displays. This consistency in the way animals behave over time is often referred to as “animal personality”.

We found rural great tits were very consistent in the way they behaved towards an intruder over two consecutive days, but urban birds showed lower levels of consistent behaviour. This could be due to the fact that urban males experience greater fluctuation in their environment on a day to day basis.

Urban bird territories are also packed closer together in cities, which means that the birds are likely to cross each others’ paths more often, increasing the chances that squabbles will break out.

The increased likelihood of aggressive encounters may also explain the lack of consistency of urban male behaviour. Animals remember fights they have had and their experience alters the way they behave the next time they encounter an opponent. Urban males are more likely to have had an aggressive encounter with males in their territory, which could then alter the way they behave towards our mimic of an intruder the following day.

As well as aggressive behaviour, being bold may also help birds survive in the city. Bolder birds have been shown to be more willing to explore new environments and to find new types of food to eat. As cities are vastly different to natural habitats, and contain many new types of food, boldness is likely to be a very useful trait for urban birds to have.

The big question which remains for ecologists is whether birds in cities are evolving to suit their new urban environment. A recent study has shown genetic differences between rural and urban great tit populations which suggests this may be the case.