The Spirit of Aber Takes Hold 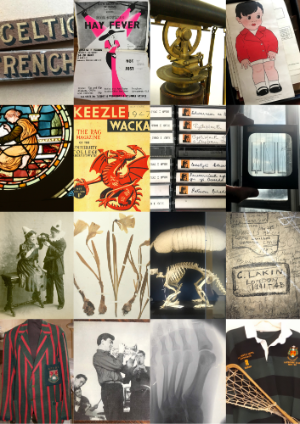 When Old College re-opens to the public it will include brand new galleries to display the extraordinary history and collections of the university. Over the coming two years we will be giving you a sneak peek if you follow us on social media and look out for #ObjectsOfAbership. We will also be asking you to take part and share your memories and stories about the university. Dr Bleddyn Huws explains the inspiration behind #ObjectsOfAbership, which came from the iconic poet and Professor of Welsh, T.H. Parry Williams.

Tell us about your Objects of Abership using this online form.

The 'Spirit of Aber' Takes Hold 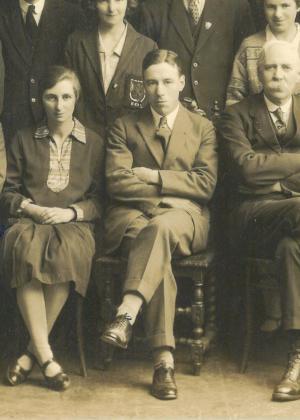 The College by the Sea (A Record and a Review), published in 1928, is a collection of essays chronicling the history of various aspects of life at the University College of Wales, Aberystwyth. One of these essays is by T. H. Parry-Williams (1887–1975), Professor of Welsh at the time, and an alumnus of the College by the sea. The title of the essay is borrowed from Latin, ‘Genius Loci’, which means either a place’s guardian spirit, or its character and atmosphere.

After graduating in Welsh in 1908 and spending another year studying Latin, he left Aberystwyth to become a research student at Jesus College, Oxford. He was there for two years before going to Freiburg University in Germany as a research fellow and then on to the Sorbonne and the École des Hautes-Études in Paris. He returned from Paris to Aberystwyth in January 1914 as assistant lecturer in the Department of Welsh. When the essay was published its author had been on the staff of the College for fourteen years and had spent eight of those as Professor of Welsh.

The essay discusses one aspect of the ‘spirit of Aber’ in particular, namely that which is experienced by the alumnus when he revisits the Old College building in a time long before most departments were relocated to the Pen-glais campus. As the alumnus revisits, the old familiarity of the place is once again renewed. Visible and tangible architectural features are important to him. While looking at physical things such as floors and walls, ironwork and woodwork, and touching the surface of the concrete edges of the Quad balcony, the alumnus can once again re-live and re-experience the exhilarations of yesteryear. 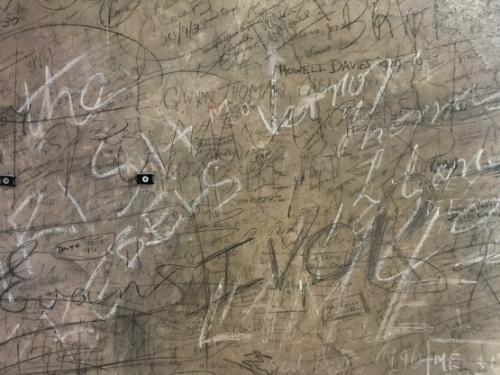 Freshers’ senses are unable to identify with the scenes, sounds and smells of the Old College at their first encounter according to Parry-Williams. It is only after getting used to them over a period of time is it possible to know them and appreciate them fully. In his own case, he had the unique experience of being a freshman at Aberystwyth twice, firstly as an eighteen-year-old youth in October 1905 and secondly in October 1919 when he turned his back on his lecturing post to study science, at the age of thirty-two.

He rediscovered the old familiar things when he enrolled as a first year student in the Faculty of Science during the 1919–20 academic session. After the university failed to appoint him Professor due to the public opposition to his stand as a pacifist during the War, Parry-Williams decided to change career and turned to medicine. In order to obtain entry to St Bartholomew’s Hospital medical school in London, he had to complete a year studying the four basic scientific subjects, and so found himself a science freshman, using very different tools from the pen and ink with which he was so familiar.

For a character with such acute senses, the experiences that he gained through handling material things were very real and his affection and endearment towards the College itself deepened. This shows how the sense of belonging to a place and to certain things takes hold of one and keeps one in its grip.

A quarter of a century after the period referred to in ‘Genius Loci’, Parry-Williams published another essay discussing his second period as a freshman. In his volume O’r Pedwar Gwynt [From the Four Winds] in 1944 the essay ‘Y Flwyddyn Honno’ [That Year] appeared, in which with great excitement and exuberance he revisited his experiences as a science student. He considered that year to be one of the highlights of his career as he relished the new experiences as a second-time freshman, and delighted in studying subjects that were so different from language and literature. 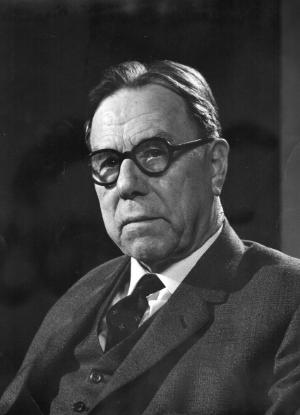 However, in the summer of 1920, the College decided to re-advertise the Chair of Welsh and Parry-Williams was persuaded to apply once more. This time, he was appointed, and abandoned his intention to train as a doctor at Barts. According to the evidence of his essay about ‘that year’, in no way did he regret studying science as a first year student. He greatly enjoyed the experience, and, if anything, he secretly regretted that he had not gone on to graduate in medicine. But he returned to the Department of Welsh and remained there as Professor and Head of Department until his retirement in 1952. It is possible that the ‘spirit of Aber’ had him in a stronger grip than he had ever imagined.

Tell us about your Objects of Abership using this online form.