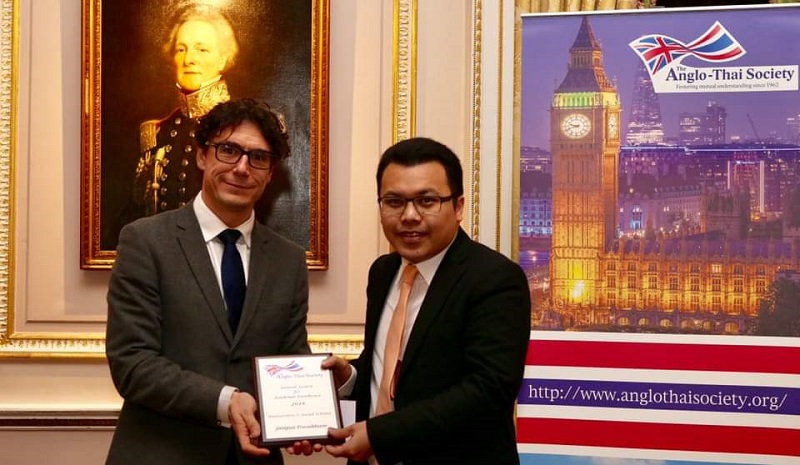 A PhD graduate from the Department of International Politics at Aberystwyth University has been presented with an award by the Anglo-Thai Society.

Dr Jittipat Poonkham received the Educational Award for Excellence in Humanities and Social Science at the Anglo-Thai Society Awards ceremony which took place on 16 November 2018 at the Oriental Club, Stratford Place, London.

Candidates for the awards are nominated for consideration by their academic supervisors and their work is assessed by an independent panel of distinguished academics.

Dr Poonkham’s PhD supervisor Dr Matthew Phillips, Lecturer in Modern Asian History at Aberystwyth University, said:  “I am delighted to learn that Jittipat has been recognised for this important contribution to scholarship and to Thai-UK relations. It was a privilege to supervise him, and I look forward to future collaboration between Aberystwyth and Thammasat University, where Jittipat is now based.”