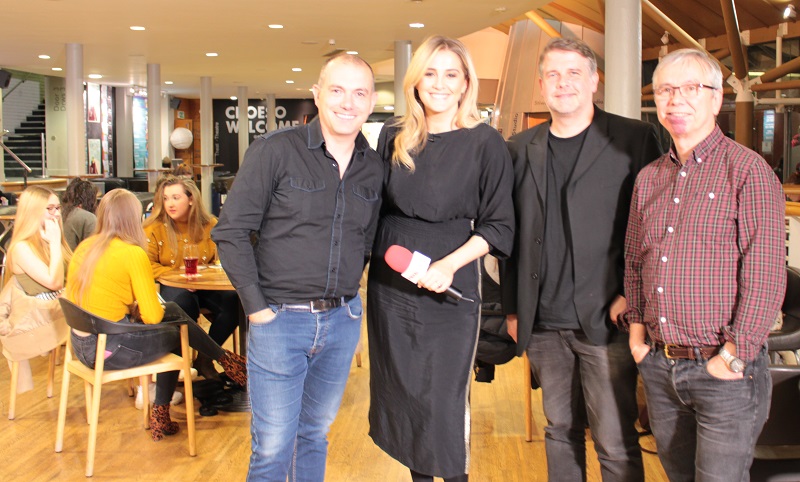 Aberystwyth Arts Centre on the University’s Penglais campus will be the venue for Cân i Gymru 2019 as the competition celebrates its 50th birthday.

Cân i Gymru 2019 was officially launched on Friday 2 November 2018 in a live broadcast from Aberystwyth Arts Centre on S4C’s Heno programme.

Former winner and Cân i Gymru co-presenter, Elin Fflur, was in Aberystwyth to announce details of the 2019 competition on Heno. There was also a live performance by Ryland Teifi, who won the title in 2006.

Dafydd Rhys, Director of Aberystwyth Arts Centre, said: "Cân i Gymru is one of the musical highlights of the year in Wales, and it will be a privilege to host the competition in Aberystwyth on 1 March 2019 as it celebrates its 50th birthday."

The competition has been held annually since 1969, with composers submitting original songs in a bid to win the coveted trophy.

Margaret Williams, Bryn Fôn and Caryl Parry Jones are among the high-profile performers to have taken the title over the last fifty years.

Elin Fflur, who won the competition in 2002 with the song ‘Harbwr Diogel’, said: ““Cân i Gymru is a huge event and the 50th anniversary celebrations will make it more special than ever. Cân i Gymru has changed and adapted over the years to suit its audience and the popularity of the show is obvious with more competitors than ever taking part in the show – that is why the show has been so successful. I definitely think we’ll be celebrating 100 years of Cân i Gymru!”