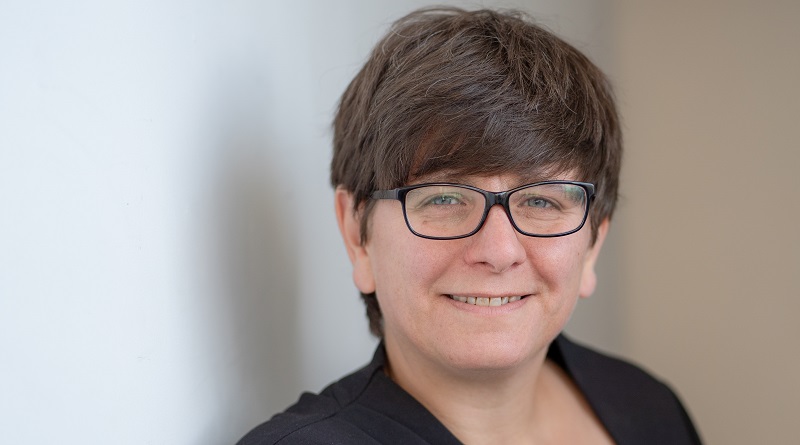 The pioneering work of an Aberystwyth University computer scientists in promoting the role of women in computing will be acknowledged at a special ceremony in London today, Monday 8 October.

Dr Hannah Dee is one of eleven leading female mathematicians and computer scientists to be recognised at the second Suffrage Science Awards for Mathematics and Computing which take place at the British Library.

The awards celebrate women in science and encourage others to enter science and reach senior leadership roles.

This year’s recipients have been chosen by the previous award holders for their scientific achievements and ability to inspire others.

Dr Dee and her fellow recipients will be presented with items of jewellery inspired by the Suffrage movement, which are passed on as heirlooms from one female scientist to the next.

Dr Dee was nominated for the award by Professor Carron Shankland from the University of Stirling.

Professor Shankland said: “10 years ago Hannah started the BCSWomen Lovelace colloquium to provide a forum for female undergraduate students in computing to showcase their ideas and network with each other and prospective employers. The Lovelace is now well-established as the top undergraduate conference in our field with 200 attendees in 2018. Hannah also connects with primary and secondary school students to enthuse them about the creative side of computing through the award-winning Aberystwyth Robotics Club.”

In July 2018 Dr Dee was inducted into Computer Weekly’s Most Influential Women in UK IT Hall of Fame.

A hundred years after the first women in Britain got the vote, women still only make up 23% of those working in core science, technology, engineering and mathematics occupations in the UK.

Solving the pipeline issue is a long-term challenge for maths and computing with female students making up only 15% of undergraduate computer science students and 37% of mathematical sciences students in 2016/17, compared to 61% of Biological Sciences students.

Alongside the awards former BBC journalist Susan Watts will lead a discussion about the most striking positive developments and ongoing challenges faced by women in maths and computing.

The Suffrage Science scheme was initiated by Professor Dame Amanda Fisher, Director of the MRC London Institute of Medical Sciences (MRC LMS) in 2011.

Professor Dame Fisher said: “The creation of the Maths and Computing Suffrage Sciences Awards in 2016 recognised the increasing importance of mathematics and computing to the life sciences. As in all branches of the awards their purpose is to celebrate female scientists, their scientific achievements and ability to inspire others. This is especially important in maths and computing where female students studying these subjects are still in the minority. We are delighted to welcome this year’s awardees into the growing Suffrage Science community and look forward to supporting them to inspire the next generation.”