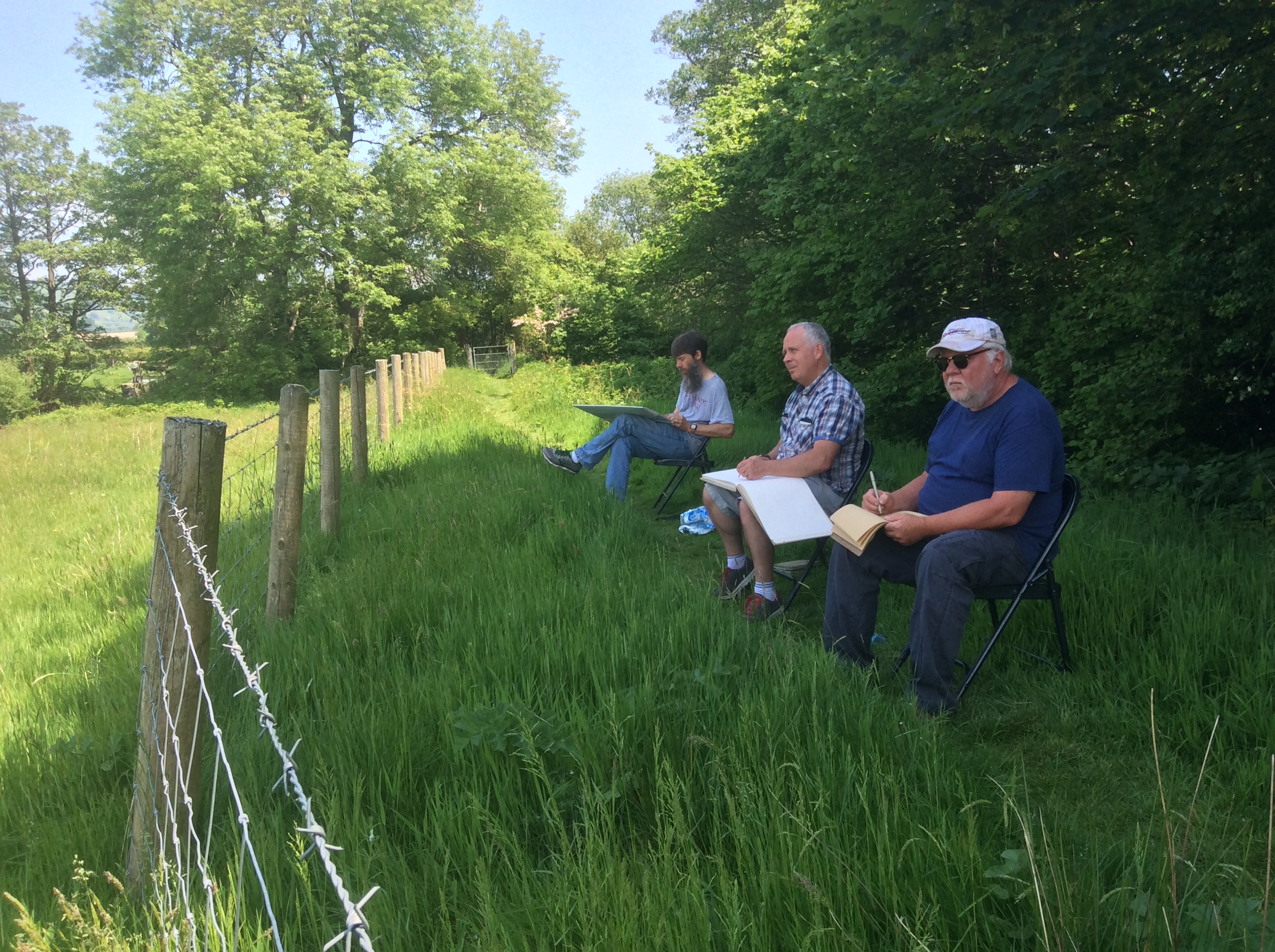 An exhibition of works by artists from Wales and Ohio has opened in Aberystwyth University’s Old College.

‘Paired Landscapes’ showcases over twenty pieces of artwork about Wales and the United States, including paintings, prints and sculptures. The work of four artists is featured: Andrew Baldwin and Bryan Thomas from Wales, and Benjy Davies and Kevin Lyles from the University of Rio Grande, Ohio.

Andrew Baldwin, who is a tutor in printmaking and photography at Aberystwyth University’s School of Art, explains: “I first met Benjy Davies (printmaker) and Kevin Lyles (sculptor) when I was fortunate enough to be asked to help forge a closer relationship between our two universities.

“Rio Grande (Ohio) has strong connections with Wales. Many of the local population are descendants of a group of Welsh immigrants who, so the story goes, travelled up a river east until they reached a landscape that reminded them of home - that was Rio Grande.”

In summer 2016, Benjy Davies and Kevin Lyles were awarded fellowships from the Madog Center for Welsh Studies to travel to Wales, where they collaborated with Andrew and south-Wales artist Bryan Thomas in a project to paint, draw and sculpt the Welsh landscape.

Andrew explains: “The Paired Landscapes project involved creating works of art which contrast the Rio Grande surroundings with the Welsh landscape. Benjy and Kevin were hugely complimentary of mid-Wales, telling me that we were so lucky to live in such a picturesque part of the world - a statement I also remember making of their beautiful countryside.”

The ‘Paired Landscapes’ exhibition is on display in the Old College until 29 September.  It is open from 10am - 4pm, Monday to Saturday.  Admission is free. 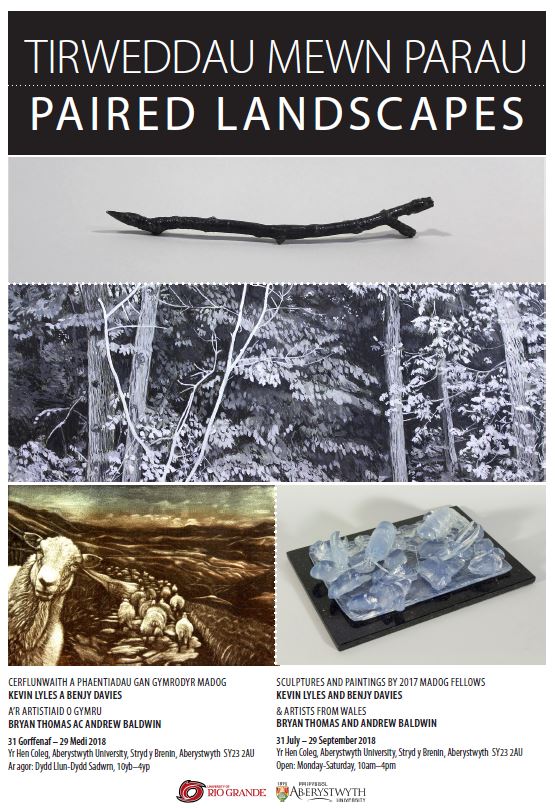