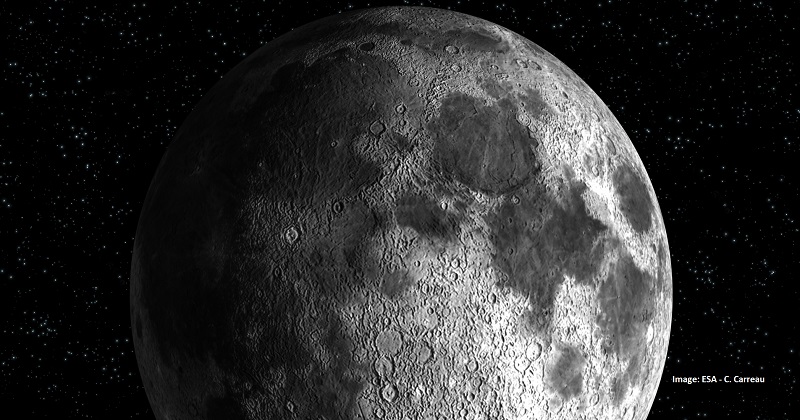 Scientists at Aberystwyth University will be recording the latest lunar eclipse this evening, Friday 27 July 2018.

Lunar expert Dr Tony Cook from the Department of Physics studies how the surface of the moon changes over time and in particular, Lunar Impact Flashes.

Using telescopes at Aberystwyth, Dr Cook will record the eclipse once the moon rises above the horizon, shortly after 9:00pm UK time.

“Here in the UK the moon will rise already half way through the eclipse about 9:10pm on Friday evening, visible to the south east. People will need to wait until around 10:00pm before it is dark enough to be able to fully appreciate the effect of the eclipse.

“The eclipse will last between an hour and two hours, it depends on how far the moon is away from the earth. This is going to be a fairly long eclipse, because the moon is quite far away on this occasion, so it takes a lot longer.

“The colour of the moon during an eclipse can vary. If the earth’s atmosphere is full of volcanic dust and smoke from forest fires, it can actually be very dark. If the atmosphere is clean, then you can have a reddish or coppery hue to the moon.

The eclipse will also affect ongoing lunar research, according to Dr Cook.

“At the moment there’s several satellites going around the moon, there’s the American lunar recognisance orbiter which is taking high resolution pictures of the moon, there is a Chinese mission which is looking at the moon’s far side. During an eclipse, because the satellites use solar panels to power themselves, they will lose power. So they will have to go into a safe mode and run off batteries until the sunlight starts again.”

A former researcher at the Smithsonian’s National Air and Space Museum in Washington D.C., Dr Cook studies changes to the surface of the moon.

In March 2017 he reported what is believe to be the first confirmed sighting of a Lunar Impact Flash to be recorded in the British Isles.

The flash was recorded on the southern hemisphere of the Moon and probably caused by a small meteorite the size of a golf ball hitting the surface.

Lasting less that one tenth of a second, the image was caught on New Year’s Day 2017 by Dr Cook on a remotely operated telescope at Aberystwyth University.

The findings were presented at the 2017 European Planetary Science Congress. Speaking at the time, Dr Cook said:

“Lunar Impact Flashes are notoriously difficult to record. The meteorite would be travelling at anywhere between 10 to 70 km per second as it hit the surface of the Moon. That is the equivalent of travelling from Aberystwyth to Cardiff in just a few seconds, and the resulting impact would be over in a fraction of a second.”

“A similar meteorite hitting the Earth’s atmosphere would produce a beautiful shooting star, but as the Moon has no atmosphere it slams into the surface, causing a crater the size of very large pot hole. Just under 1% of the meteorite’s energy is converted into a flash of light, which we were able to record here in Aberystwyth.”

Scientists estimate the Moon is hit by similar sized meteorites as often as once every 10 to 20 hours.