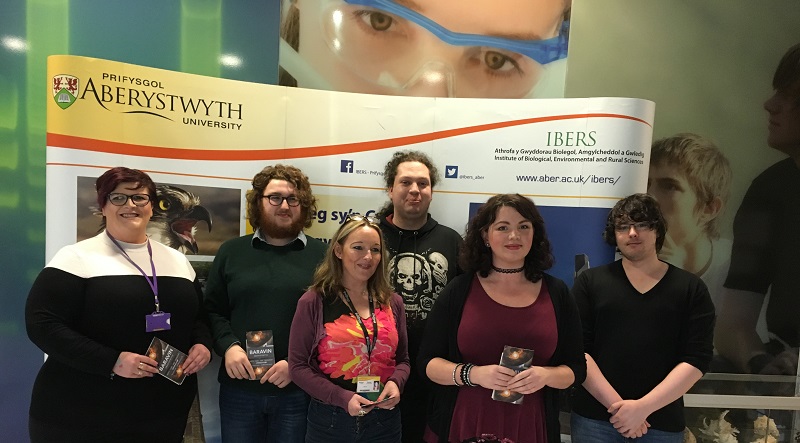 Second year undergraduate students at the Institute of Biological, Environmental & Rural Sciences (IBERS), Aberystwyth University have been making film documentaries on a number of infectious diseases as part of their course assessment.

Working in groups, students were tasked with presenting the scientific specifics of a disease of their choosing via the medium of a documentary-style film, aimed at an audience of government officials or science professionals.

This year’s student films covered a variety of infectious diseases from Lyme disease to the notorious Ebola virus, we have heard so much about in the press over the last few of years.

As well as being assessed by Dr Pachebat each film was also peer marked by the rest of the class and students nominated their favourites. Dr Pachebat says, “This project enables students to learn about each other’s research whilst simultaneously gaining valuable experience into how to communicate science to others; an invaluable skill for postgraduate study or employment”.

The subject of their documentary ‘Prokaryotes’ was Super Gonorrhea, a strain of the disease, which has become resistant to antibiotics and in some cases untreatable as a result. Group member Eleanor explained, “STI’s are not openly discussed so we chose to make this disease the subject of our film to raise awareness”. Microbiology student Eleanor describes the course in general as “wonderfully challenging, with incredibly supportive staff”.

All students on the winning team received cinema vouchers for Aberystwyth Arts Centre as prizes, presented to them by Dr Pachebat.