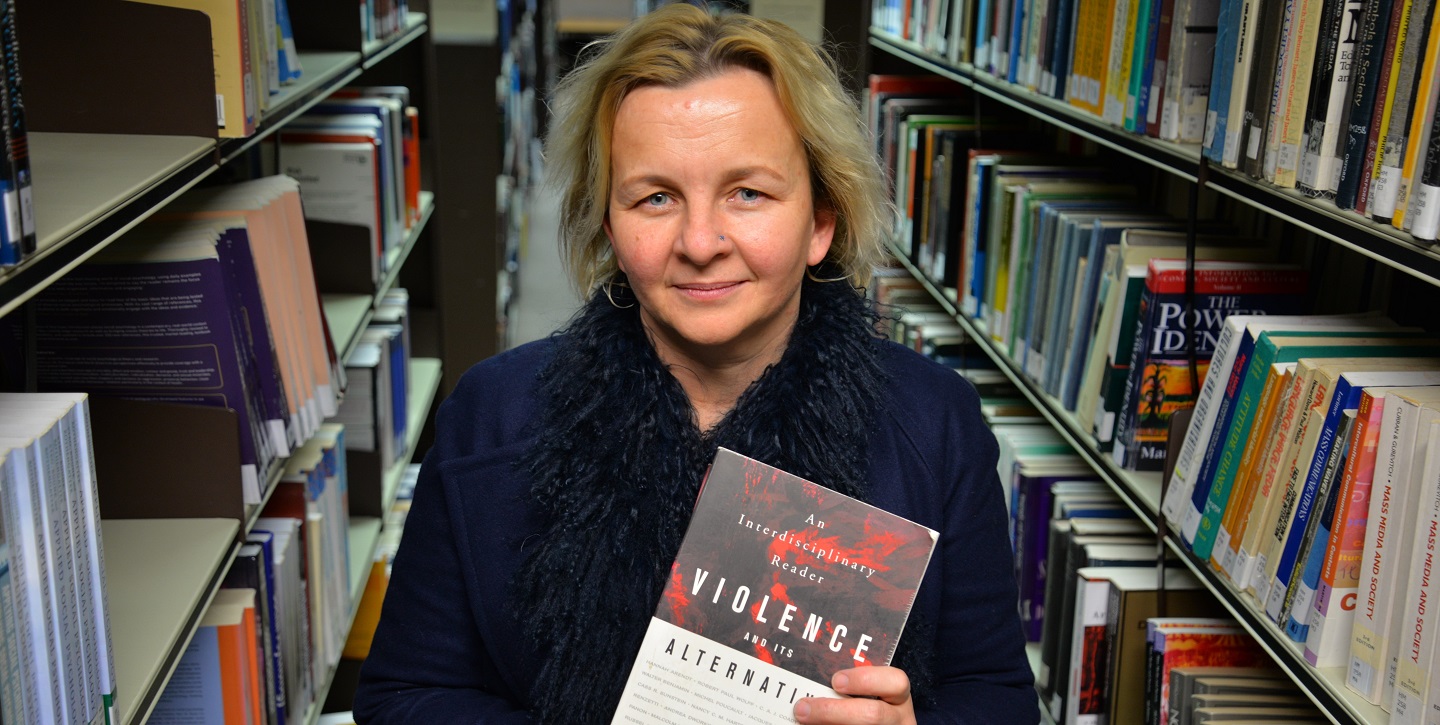 Sarah Wydall is Principal Investigator of the Dewis Choice project based in the Centre for Age, Gender and Social Justice at Aberystwyth University’s Department of Law and Criminology.

A research project examining the link between dementia and domestic abuse in older people has been awarded additional funding by Comic Relief and the UK Government’s Department for Digital, Culture, Media and Sport (DCMS) through the Tampon Tax Fund.

The study by the Centre for Age, Gender and Social Justice at Aberystwyth University’s Department of Law and Criminology was originally launched in August 2019 with funding of £70,000 from Comic Relief.

Initial findings from the first study suggest that older people living with dementia and domestic violence are often isolated from social and professional support networks because their perpetrators are worried about public exposure or prosecution.

Researchers say action is needed to ensure victim-survivors continue to have access to support both for dementia and domestic abuse.

Sarah Wydall, Principal Investigator on the Dewis Choice project at Aberystwyth University, said: “Our research has found victim-survivors and their families undergo significant emotional and physical adjustment after a diagnosis of dementia, in addition to facing discrimination on account of age, gender and disability when seeking help.

“Unfortunately for a victim-survivor experiencing a diagnosis of dementia, there is limited evidence of joint professional working to provide support for both the domestic abuse and the dementia even though a co-ordinated community response is recognised as the safest way to support the complexity of domestic violence and abuse. This is problematic as appointments and communication with the client frequently involve a family member who is often the perpetrator acting as carer.”

In this second study, researchers will work with a group of 20 women aged 55 years and over where dementia and domestic abuse co-exist.

As well as offering direct support to victim-survivors of domestic abuse, they will also work alongside a dementia specialist or professional from health or social services to create a co-ordinated response for the client.

As part of the latest study, the Dewis Choice team will provide training to 100 frontline workers and eight volunteers at community and national levels, as well as 50 managers of specialist support services and legal practitioners.

The aim is to raise awareness and equip practitioners with the skills to identify and respond to cases where dementia and domestic abuse co-exist.

The training is also available publicly as a free online resource on the Dewis Choice website dewischoice.org.uk/what-we-do/training.

According to the Alzheimer’s Society, there are 850,000 people living with dementia in the UK with the figure expected to rise to over 1 million by 2025.

The dementia study builds on the existing research of the Dewis Choice project, which was set up at Aberystwyth University in 2015 to explore the often hidden problem of domestic abuse against older people.

Further information about the Dewis Choice Project is available online at dewischoice.org.uk, by email choice@aber.ac.uk or on Twitter @choiceolderppl.

In an article published in The Conversation in August 2020, Sarah Wydall wrote about the often overlooked problem of dementia and domestic abuse.

Department of Law and Criminology