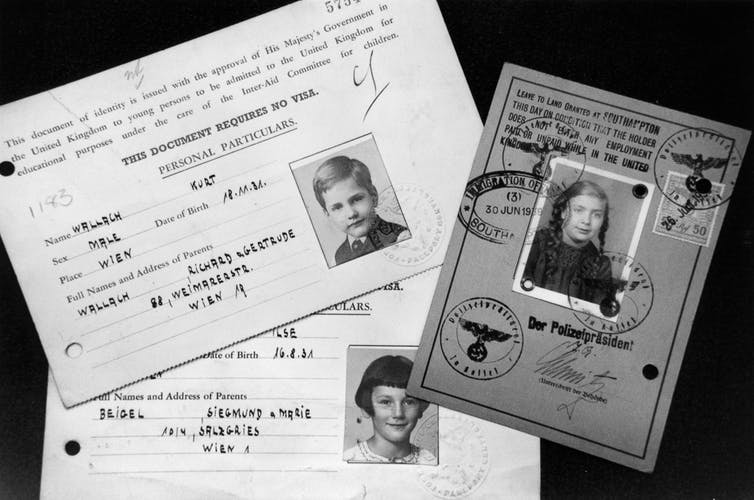 As commemorations to mark the 80th anniversary of the Kindertransport mission continue, research by an Aberystwyth University academic suggests its legacy should be viewed in a more critical light.

The first Kindertransport train carrying 200 children fleeing persecution in the German Reich arrived in the UK on 2 December 1938, marking the beginning of one of the UK’s most significant child rescue efforts.

The visa waiver initiative had been introduced after the 1938 November pogrom Kristallnacht, and subsequent pressure on the UK government to help Jewish citizens in Germany.

In all, approximately 10,000 children and young people would travel to the UK before the scheme ended with the outbreak of World War II.

Dr Andrea Hammel, Reader in German at the Department of Modern Languages at Aberystwyth University, has interviewed many of those who made the journey to the UK after being separated from their families.

In a lecture entitled ‘80 Years on: The Kindertransport 1938/39 and Refugees in the UK today: Can we learn from history?’, Dr Hammel will consider the parallels between Kindertransport and the plight of refugees from the on-going civil war in Syria.

“Yes, it was a visa waiver scheme initiated by the UK government, but financial and organisational support was largely provided by charities and volunteers. It also only allowed those under the age of 17 to find refuge in the UK. Adult refugees had to meet very restrictive criteria and most applications from adults were unsuccessful.

“There is a frustrating lack of statistical data concerning the Kindertransport, but it is now estimated that only about half of the 10,000 saw one or both of their parents again. Most others suffered the trauma of having to find out that their parents were murdered in the Holocaust. Where parents and child refugees were united after 1945, it was not usually a straightforward happy ending. In most cases, many years had elapsed and the children and parents had lost their emotional bonds and common cultural and linguistic backgrounds.

“It is too simplistic to see the Kindertransport purely as a success story. Around 10,000 human lives were saved, but many paid a heavy price. Even those families that were able to reunite were often broken beyond repair.”

On 15 November 2018 Dr Hammel took part in a commemoration of the Kindertransport in London organised by Lord Alf Dubs, who himself arrived on a Kindertransport in the UK aged six, and his organisation Safe Passage which campaigns for refugees today.

On 6 December 2018, Dr Hammel will attend a commemoration event in Berlin hosted by the German Foreign Office and the British Embassy.

Dr Hammel will deliver her lecture ‘80 Years on: The Kindertransport 1938/39 and Refugees in the UK today: Can we learn from history?’ at 6pm on Monday 3 December 2018 in lecture room D54 of the Hugh Owen building on the Penglais campus. All are welcome.

The article The 1938 Kindertransport saved 10,000 children but it's hard to describe it as purely a success was published by Dr Andrea Hammel in The Conversation on Thursday 22 November 2018.

The 1938 Kindertransport saved 10,000 children but it's hard to describe it as purely a success (Published in The Conversation)