What Putin’s policies teach us about post-feminist power 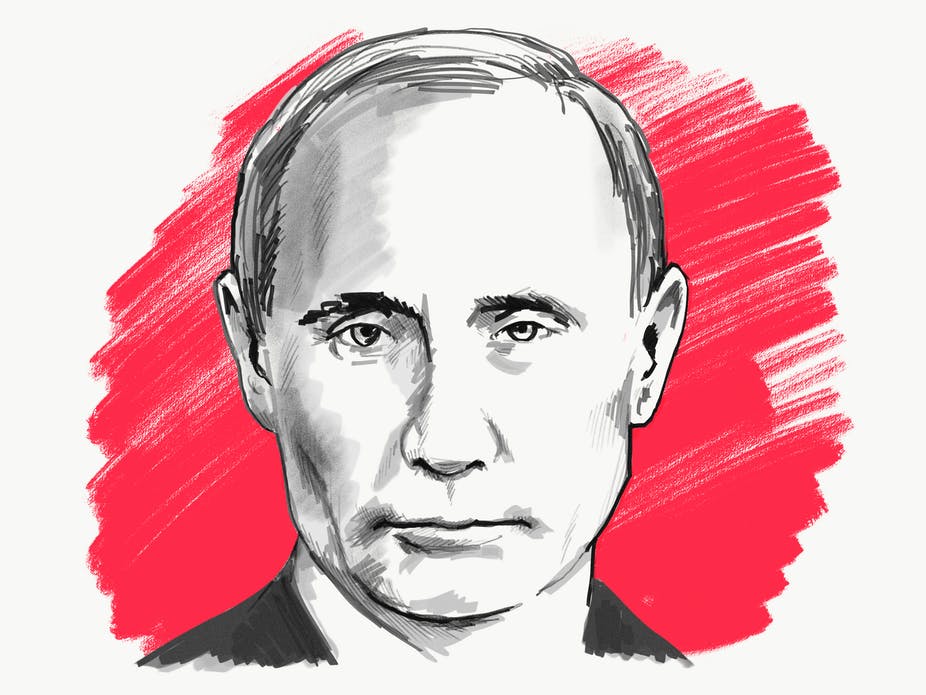 Who runs the world? Mike Trukhachev/Shutterstock

Writing in The Conversation, Dr Sarah Riley from the Department of Psychology discusses how Russian domestic policy helps explain why women are happy to buy into new feminine ideals.

The ability to transform yourself – and the cultural expectation that we should – has changed the way we think about authenticity. Today, celebrities are often valued less for their “natural beauty” and more for working on their appearance in transformative ways. Women admire the famous for their ability to style themselves, while countless articles are published every day about their weight loss.

On one level, this is a democratisation of attractiveness – if we learn the techniques we can all do it. But it also makes femininity a highly crafted performance.

This all ties into a wider cultural shift. In a range of ways, we now produce ourselves to be viewed by others. Instagram stars, for example, create highly crafted representations of “authentic” living. And apps can “enhance” the images posted on social media. But when we view these images, we know they are not authentic and this makes us cynical. Yet they still affect us. We can look at a food blogger and wish to be more like them, even while believing their images are stylised.

Being affected while taking a cynical stance is just one of the many contradictions of “post-feminist sensibility”. This term describes a set of ideas about “ideal” femininity that frame women’s appearance-work as enjoyable, empowering and something women choose to do for themselves.

It might seem like a tenuous link at first, but contemporary Russian domestic and overseas policy may help us understand the powerful attraction that post-feminism holds for many women. The same issues of contradiction, confusion and cynicism define both post-feminism and a new form of power emerging from Putin’s government called “nonlinear warfare”.

The aim of nonlinear warfare is to create a sense of confusion, so that people cannot be sure of reality, and nothing feels stable. As filmmaker Adam Curtis argues, Putin’s government might fund domestic anti-Putin organisations, but also lets it be known that it has done so. Such confusion leads to people supporting the existing order because it is seen to offer stability. Any opposition is neutralised because it cannot mobilise a consistent narrative against an indefinable, changing political landscape.

Nonlinear warfare has a connection with postmodern art theory which argues that information is power and a weapon of the state. So for artists to avoid being incorporated into state power, they must avoid being part of the information system by either being unintelligible or through “defamiliarisation” – creating art that exposes power by subverting dominant forms of media representation. But now it seems Russian policy is using the tactics of defamiliarisation and being unintelligible as a new form of state power.

Understanding that new forms of power might work through the tools that postmodern artists once used to resist power, means that those of us who study post-feminism need to revisit our ideas of power and resistance. Cultural studies scholar Jess Butler, for example, argued that the work of singer/rapper Nicki Minaj could be celebrated because of her refusal to conform to gender, sexuality or race.

This refusal can be linked to postmodern art theory in the sense that Minaj is unintelligible when, as Butler shows, she claims not to be a feminist while sharing feminist-sounding beliefs, like women should be successful outside of a man. Minaj also appears to use defamiliarisation in her performances that both use and subvert dominant forms of media representations of women. For example, in her Stupid Hoe video she is sexualised, yet also takes up poses that show this sexualisation to be ridiculous.

The lessons from Putin are that if being unintelligible and defamiliarisation are now the tools of power, then Minaj’s work might be adding to the system rather than subverting it. The recuperation of power can also be seen in the way feminist anti-dieting arguments are used to rebrand restricted eating as “eating healthily”, and in the way no makeup selfies encourage the viewer to scrutinise the woman’s appearance even as she says appearance isn’t important. Similarly, being cynical about how social media images are produced allows us to think that we have seen through the system and are immune, even as we are affected by that image.

What all of this suggests is that previous ways to resist power may no longer work. If women are to resist “buying into” post-feminism, we need new ways to subvert a new form of power that works through confusion, contradiction and our own cynicism.