Aberystwyth University at the Hay Festival 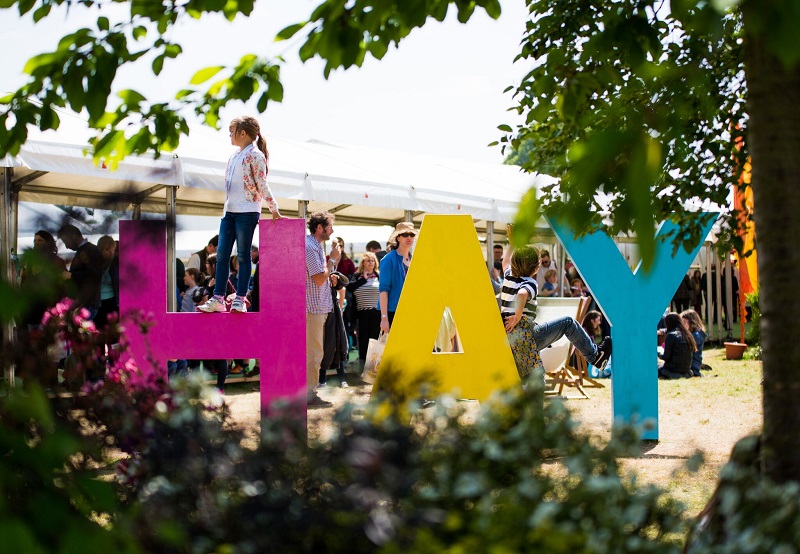 A series of three lectures will be delivered at the 2019 Hay Festival programme as part of a new partnership between Aberystwyth University and the prestigious cultural and literary event.

A series of lectures focusing on some of the global challenges being addressed at Aberystwyth University will feature at this year’s Hay Festival.

Global democracy, climate change and malaria eradication are among the topics which will be examined during the 10-day festival held 23 May - 2 June 2019.

The lecture series marks the beginning of a new partnership between Aberystwyth University and the Hay Festival.

Three students from the University will also undertake work placements at the prestigious cultural and literary festival, which has been held annually in the town of Hay-on-Wye in Powys since 1987.

Professor Elizabeth Treasure, Vice-Chancellor at Aberystwyth University, said: “The Hay Festival is a place which cultivates the curious, a place where some of the big issues of the day can be explored, challenged and debated. As a leading teaching and research-led University, we share these values and are delighted to be joining the Festival in a new partnership this year.”

Peter Florence, Hay Festival director, said: "It's a privilege to hear the expertise of Aberystwyth University's most inquiring minds add to the debate at Hay Festival and a pleasure to offer those ideas amplification around the world. Our work with the University on the Hay Festival Scribblers Tour - free events for young people all over Wales through the year - has given hundreds encouragement to pursue higher study and we look forward to continuing that work together."

The three lectures being delivered in partnership with Aberystwyth University at the 2019 Hay Festival are:

Experimental landscapes: Past, present and future innovation in upland farming

Dr Mariecia Fraser from Aberystwyth’s Institute of Biological, Environmental and Rural Sciences (IBERS) talks about the challenges of climate change and the pioneering work of the University’s Pwllpeiran Upland Research Centre. She will be joined by writer and teacher Elizabeth Jardine Goodwin, who was Pwllpeiran Writer in Residence in 2013.

The West, the East and the Rule of Law

As part of the celebrations to mark the centenary of the Department of International Politics, the University’s Chancellor Lord Thomas of Cwmgïedd will deliver a keynote lecture on global democracy. The West has traditionally seen the rule of law as one of the cornerstones of liberty and freedom, of prosperity and an accountable democracy. It has had worldwide influence. But there are other approaches to the rule of law. One is the rule of law with Chinese characteristics; another is in effect rule by law. The former Lord Chief Justice of England and Wales examines the impacts that economic success and the technological revolution are having on the different approaches, and how the Western approach can be promoted.

Huge efforts have been made to combat malaria for over a century, yet each year hundreds of thousands of people still die from the disease, particularly in sub Saharan Africa. The last decade has seen major reductions in this toll: are we at last on the road to eradication? The latest research charts a path towards a vaccine and new weapons against malaria mosquitoes. Chris Thomas is Professor of Zoology and Pro Vice-Chancellor for Research at Aberystwyth University, and Faith Osier is Professor of Malaria Immunology at Oxford University.

Tickets for all events can be purchased on the Hay Festival website.