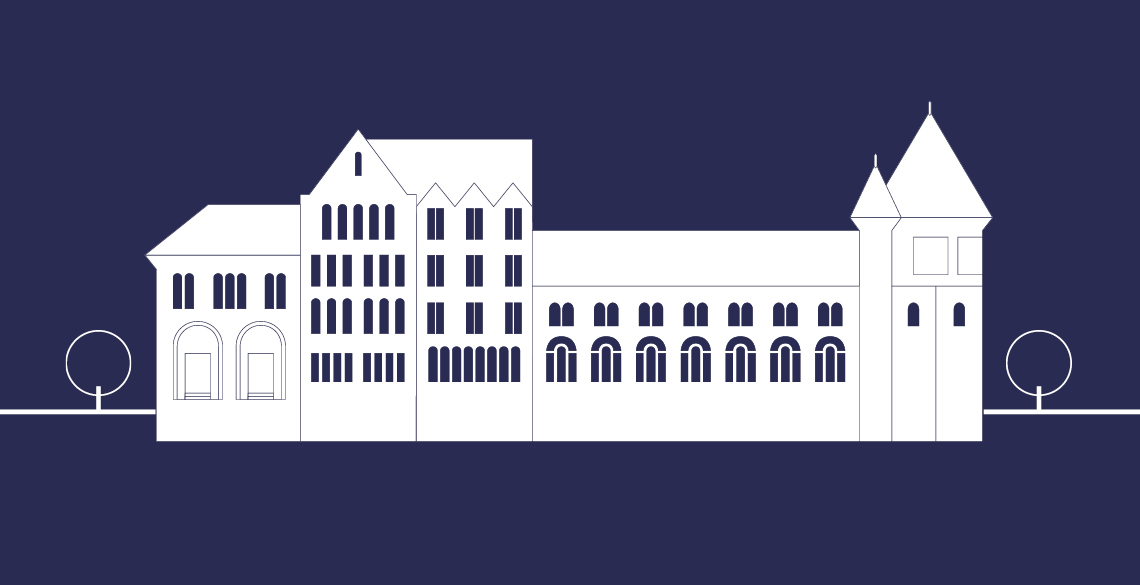 As 2021 draws to a close, take a look at some of the highlights of the year at Aberystwyth University: 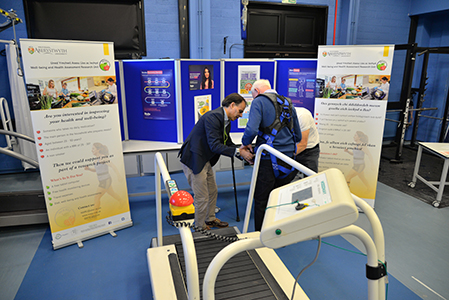 A mobile app being developed by Aberystwyth University researchers will help recovering stroke patients exercise more and cope with isolation during the Covid-19 pandemic.  The Virtual Exercise Practitioner is being developed by a multidisciplinary research team with expertise in Artificial Intelligence, Neuroscience, Stroke Rehabilitation, Clinical Exercise Science and Psychology.  It will deliver home-based training programmes tailored for stroke induced movement disorders. The app will enable patients to self-assess and monitor their own physical function as well as provide real-time feedback to enhance self-motivation. 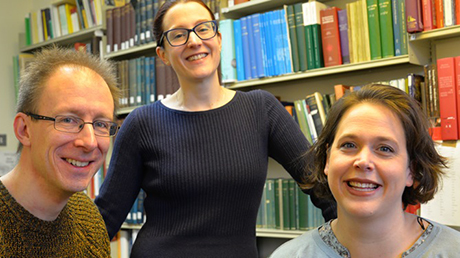 Researchers in the Department of Modern Languages launched a new digital platform, providing detailed chronological information for all Anglo-Norman words online for the first time.  The resource shows how more than 50% of the English words in use today are Anglo-Norman in origin including words like ‘actually’, ‘jolly’, ‘dungeon’ and ‘nice’ as well as a host of everyday culinary words such as ‘soup’, ‘lettuce’, ‘pastry’, ‘sauce’ and ‘mustard’. 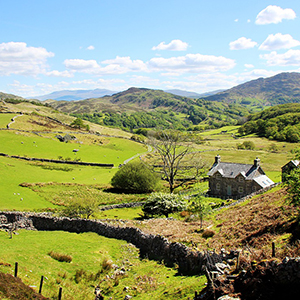 Rural Wales needs an integrated programme to improve infrastructure, diversify the economy, unlock housing and strengthen community resilience as it recovers from the COVID-19 pandemic, according to a report by researchers at the Department of Geography and Earth Sciences. The report also showed that the pandemic has intensified existing challenges for Rural Wales, but has also points to new opportunities. 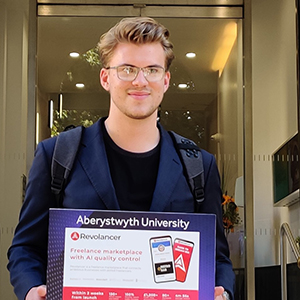 Computer Science final year student, Karl Swanepoel, secured a £13,000 investment in his business idea to develop a website/app (Revolancer) to match talented freelancers with start-up businesses which are seeking digital services.  Held annually, our InvEnterPrize competition continues to be one of the biggest student enterprise contests in the UK. This year’s finalists pitched ideas ranging from drinking straws made out of grass to thermally-insulated paint. 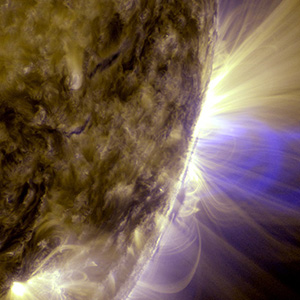 Scientists from our Department of Physics were amongst an international team of researchers which recorded the presence of magnetic waves on the surface of the Sun. The phenomenon, known as Alfvén waves, was predicted by a Swedish scientist over 70 years ago.  Confirming their existence is a first step towards exploiting the capabilities and capacities of these magnetic waves.  Image credit: NASA

New health research to help save African penguins from extinction

International research involving scientists at the Institute of Biological, Environmental and Rural Sciences is investigating the role disease and pollution are playing in the decline in the African penguin population, a species which faces extinction within the next thirty to eighty years. The international ‘African Penguin Health’ project is conducting a health survey of the penguins by taking a range of samples for analysis, looking for toxic chemicals in dead birds, monitoring coastlines and colonies using citizen science and drones, stakeholder assessments and modelling population changes.  Image: © J Kemper 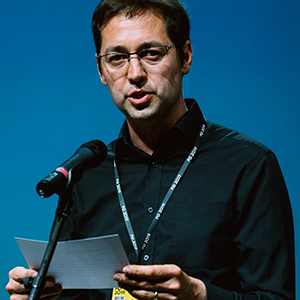 An academic from our Department of Theatre, Film and Television Studies is appointed to the international artistic team behind the world’s largest exhibition of theatre design and scenography. Dr Andrew Filmer will curate the Performance Space Exhibition for the 15th Prague Quadrennial of Performance Design and Space which takes place from 8–18 June 2023 in Prague, the Czech Republic.  At the event scenographers, set designers, spatial artists, architects, theatre designers, and performers from over 90 countries will use their imagination and creativity to help people envision what the world and theatre could look like in the post-pandemic future. 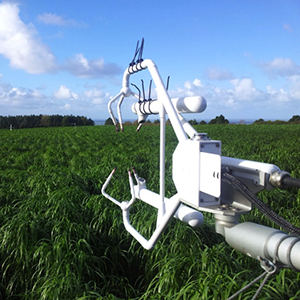 Scientists from our Institute of Biological, Environmental and Rural Sciences investigate adopting a technique called genomic selection to speed up Miscanthus breeding, in an effort to boost biomass production and meet climate change targets. Genomic selection has the potential to speed up the development of new Miscanthus varieties that are high yielding and suitable for a range of environmental conditions and future climate scenarios. 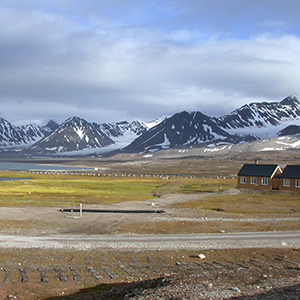 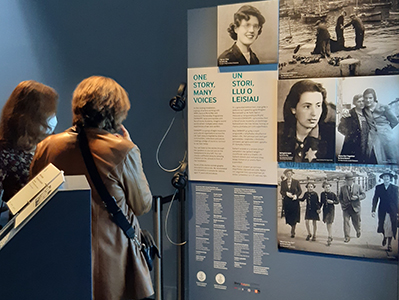 Researchers from the University’s Centre for the Movement of People collaborated with children’s author Michael Rosen to bring to life the personal experiences of some of the refugees who have made Wales their home over the last century. Their unique stories form part of a digital installation shared alongside images, objects and video in a major exhibition at the new Second World War and Holocaust Galleries at the Imperial War Museum (IWM) in London. 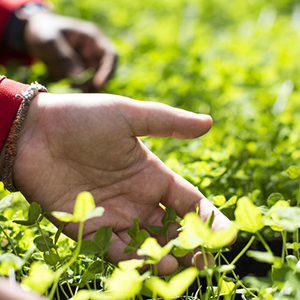 Our academics contributed to a number of discussions and exhibitions at the COP26 summit. Attendees including world leaders and officials were able to learn about examples of the University’s research to develop climate change solutions, including: satellite mapping of forest above ground biomass, satellite use to capture the state and dynamics of Wales’s landscape, greenhouse gas removal through peat restoration, recommendations on how to reduce food loss and waste to lower greenhouse gas emissions, and ecoengineering work. 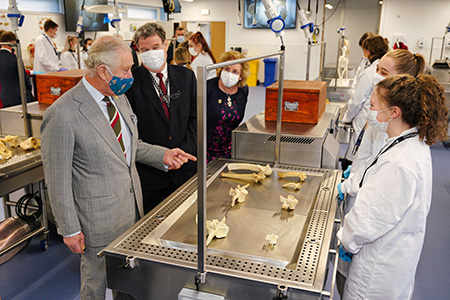 HRH Prince Charles officially opened our School of Veterinary Science on 10 December.  The Prince, a former Aberystwyth student, toured the new Veterinary Education Centre and spoke to some of the first cohort of students who began their studies in September this year.  A key part of Wales’ first and only School of Veterinary Science, the centre represents an investment of more than £2 million in new teaching facilities on the University’s Penglais campus.  The veterinary students will spend the first two years at Aberystwyth followed by three years’ studying at the Royal Veterinary College’s Hawkshead Campus in Hertfordshire.